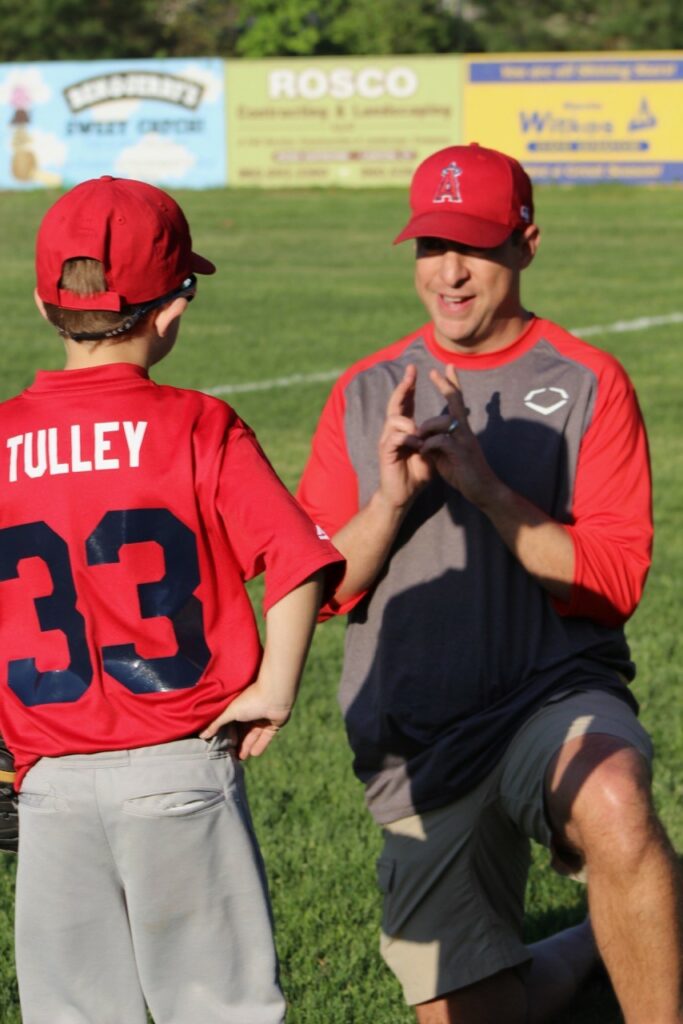 “Doing selfless acts for the good of the team and acting out what we say we are going to do, builds trust.”

Not long ago I found myself standing in front of 250 top leaders of a Company, amidst the need for a leadership philosophy change. After some real thinking and strategy about my talk, I targeted my messages around trust and people. I learned through many conversations with people at this company, that trust was more than just a word. There was a pervasive feeling across the organization that trust was missing. The division that made up of the people in the audience, had experienced a leadership team approach focused on bringing in talent from the outside as opposed to developing it from within. It soon became apparent to me there was a need for more servant leadership and a recognition of internal leadership abilities. We needed to expand the focus beyond just getting results. While results are part of any equation, especially in the “now”, understanding the progress being made in developing people, teams and capabilities are the lifelines to a sustainable business model for the long term.

What came to mind is a piece from Simon Sinek, “Why Good Leaders Make You Feel Safe.”  He focuses on servant leadership and suggests, “it’s someone who makes their employees feel secure, who draws staffers into a circle of trust.” Imagine working in a place or being part of a team where each individual supports other members first, regardless of rank. Helping each other feel part of something bigger. Mr. Sinek goes on to say, “when a leader puts the safety and lives of people inside an organization first…so that people remain and feel safe and belong, remarkable things happen.”

At this keynote, I shared a vulnerable story about coaching to reinforce Sinek’s thinking on leadership to influence a philosophy shift at that company. One year, I was coaching my daughter’s third-grade basketball team. We were under-matched in size and talent compared to the other teams in the league. I typically set out the season by asking the players to come up with our team name. Throughout the season, I encourage the girls to, first, be great teammates to each other, and to secondly always try their best and finally to have fun. We happened to be given pink shirts and the girls decided to call our team, the “Pink Popsicles.” Well, it was an unconventional name, yet we kept it as the girls enjoyed coming up with that name together and had fun with it.

The season began and practices were filled with drills and a focus on learning the fundamentals of the game. At our first couple of games, the score was out of control and we lost by over 20 points each time, which is hard to do at an age where points are hard to come by on the basketball court. The girls seemingly were numb to the scores and were still smiling as they ran back to the bench at the end of the games. After the second loss, I shared how much I appreciated the team’s effort and joy. I also asked them if they were up for a challenge at the next game, to see if we could grab ten rebounds and score in the double-digits. They were excited about the challenge and the littlest girl on the team asked, “what is our reward coach?”. I smiled and asked, “what would be a fun prize?”

At the first practice, they were looking for a female presence as part of the coaching staff that only included the Dads as the volunteers. It wasn’t a surprise to me when the team asked if I would wear a wig when we achieved our goals.

I warmly accepted the challenge and, I was wearing a wig in the last ten minutes of the next game! So embarrassing and rewarding! The girls created the wig by putting a practice jersey on my head and they were determined to have me wear it as often as possible. Doing what we say we are going to do and following through builds trust. Even more so when these are selfless and vulnerable acts for the greater good of the team. Leaders are not entitled to skip these steps and need to model these behaviors for any team to thrive. This was a moment where I knew what I had to do, even though it was unbelievably embarrassing for me. It was essential to show the team that they could trust me as their servant coach.

A few games later, we hadn’t won a game and were 0-5. Results weren’t great, yet the team continued to improve and most importantly, the girls were having fun. In Corporate America, my job would be at risk if I were to just look at short-term results and not the continuous improvement underway over the long term. On the last weekend of the season, we were down 18-8, and I was again pacing the floor encouraging, waving my arms, clapping my hands on every positive play. At this point, I thought, “these parents must think I am the worst coach ever” while saying “here we go again.” At half-time, I reminded the girls of our next internal challenge, regardless of the win or loss. Our wig challenges had continued each week and more wig time was always the goal. For the last game, we reached towards our biggest goal yet; 20 points and 17 rebounds (2017 for ease of memory). This time the award was Ben & Jerry’s (even though it was going to happen either way to celebrate the 2017 season, it was fun to put out there). I suggested we get 3 baskets in the third quarter and 4 rebounds explaining that was all we needed for the third. While focusing on the present, they did it and the score became 18-14. Then for the 4th quarter, the same request, 3 baskets, and 4 rebounds. The energy level was increasing, the smiles brighter, the cheering greater than ever. Picture this, 30 seconds left in the game, the score is now 20-18. One more basket, one more rebound, we hit our Ben & Jerry’s goal! We shoot, we miss…..we get the rebound, we score…..boom! The girls exploded with cheers and excitement like never before. They hit the goals that mattered to us as a team, and it didn’t even dawn on them at first that we had just tied the game.

Several parents texted me later that day and thanked me for the experience and I responded, “the girls inspired me today.” They never gave up and they watched out for each other to achieve their goals together. Funny enough, we ended up winning that game which the girls were happy about, yet they found their peak performance and joy throughout the journey and through achieving the intra-game challenges as a team. This team felt safe to win or lose and focused on helping achieve the much greater outcomes of being true to each other.

The CEO and other leaders from the company where I was speaking, came up to me after the presentation, thanking me for the story and its learnings. I think an impact was made that day based on how the culture is shifting at the organization. I applaud the actions of these leaders to take intentional actions that are more aligned to what their people need. Once people feel safe, I believe amazing results will follow as seen with the “Pink Popsicles.”

My action challenge for you is to think about your part(s) on the many teams you are a part of. At work, in the community or the times that you are the leader.  Find opportunities to put yourself out there and perform acts for the greater good of the team. Lead by example, no matter what your role is, and encourage others to do the same. Living a life that is in service to others, leads to new beginnings and unthinkable opportunities for all of us. I encourage you to open up and live your possible.